temples on the move

The Bible spends an inordinate amount of time prescribing, describing and cataloging the construction of the Tabernacle. You’re forgiven if you missed the punch-line:

33 ….. So Moses finished the work.
34 Then the cloud covered the tent of meeting, and the glory of the LORD filled the tabernacle.
36 And whenever the cloud was taken up from over the tabernacle, the children of Israel went onward, throughout all their journeys.
37 But if the cloud was not taken up, then they journeyed not till the day that it was taken up.

The climax is that after all the effort… the glory of God actually filled the place. Anti-climactic you say! Well, think of all the temples, synagogues, and shrines that are sterile and empty of all things divine and most things human. Think of all the building campaigns that drag on and on and when finally completed lose all sense of original and ultimate purpose and mission.

To put into perspective the accomplishment of receiving God’s glory into the Tabernacle, it’s a little known fact that there were many Jews who believed that the glory of God never favored the Second Temple with It’s presence. That’s right… the Western Wall of the 2nd Temple that pious Jews pray at, framed a temple that lacked its most basic requirement.. God’s glory.

When Jesus overturned the tables of the moneychangers, he was acting out a disdain shared by the majority of Jewish sects of time:

The second temple.. although authorized by the prophets Haggai and Zechariah, was built by a gentile king and was never authenticated by an overt sign of divine favor. Second Isaiah, … is aware that some Jews do not approve of God’s plan (“Woe to him who strives with his maker, and earthen vessel with the potter! Does the clay say to him who fashions it, ‘What are you making’? Isaiah 45:9). The old men who had seen the first temple in its glory cried at the dedication of the second temple (Ezra 3:12) – apparently tears of sadness, as they contemplated the puny temple that was before them. In the second century B.C.E., the temple’s problematic status was revealed to all. The high priests were corrupted and the temple was profaned by a gentile monarch.… Herod the Great rebuilt the temple magnificently, but his detractors viewed him as a “half-Jew,” he completely debased the high priesthood, appointing men who had even less claim than the Maccabees to be legitimate successors of Aaron.

Shaye J. D. Cohen, Professor of Hebrew Literature and Philosophy in the Department of Near Eastern Languages and Civilizations of Harvard University (quoted above) argues that it was the implicit false claims of the second temple that were primarily responsible for the emergence of sects such as the Essenes of Qumran and Dead Sea Scroll fame, the early Christians and even the Rabbinic Pharisees.  [From the Maccabees to the Mishnah by Shaye J. D. Cohen (Nov 1988) pages 131-132]

Today, in America, as Judaism confronts new challenges, we don’t expect the glory of God to grace our congregations, but we do look for validation by attendance. If in the first millennium, Jews left the temple because God’s glory was absent, in the second millennium we can register the absence of God’s glory when the Jews are missing.

As Solomon Schechter, the founder of The Jewish Theological Seminary and patriarch of the Conservative Movement said:

“Every generation,” the ancient Rabbis say, “which did not live to see the rebuilding of the Holy Temple must consider itself as if it had witnessed its destruction.” Similarly we say that every age which has not made some essential contribution to the erection of the Temple of Truth … is bound to look upon itself as if it had been instrumental in its demolition. For it is these fresh contributions and the opening of new sources, with the new currents they create, that keep the intellectual and the spiritual atmosphere in motion and impart to it life and vigor. But when, through mental inertia and moral sloth, these fresh sources are allowed to dry, stagnation and decay are sure to set in. The same things happen which came’ to pass when Israel’s sanctuary was consumed in fire. [Inaugural Address, delivered November 20, 1902, Seminary Addresses and other papers by Solomon Schechter, The Burning Book Press, 1959 p 18]

Boredom, not the glory of God, is what characterizes our modern day temples… as Jay Michaelson wrote recently in The Forward describing a friend’s choice of Synagogue:

Lifelong liberal, egalitarian Jews, my friend and his wife nonetheless chose the Orthodox synagogue. Perhaps surprisingly, she was more comfortable there than he was. Yes, my friend’s wife said, she resented being excluded from participation in ritual, but at least at the Orthodox synagogue, she had access to some meaningful prayer experience. The only thing egalitarian about the more liberal settings was that everyone was equally bored.

It seems to me that those of us who are in the shul business…. and there’s no business like shul business …. spend too much time discussing rituals, standards and ideology… as important as these issues might be.  Whether it is same-sex marriage, egalitarianism, musical instruments, microphones on the Sabbath or even mechitzot (separation of men and women). These are important items but they have no bearing on whether our sanctuaries are boring or inspired.

Perhaps it is the set standards  of Orthodox congregations, especially Chabad congregations which spares them the debate on these ritual issues and which permits them to focus on inspiration.  I know that my Orthodox friends may disagree, but I just can’t accept the premise that egalitarian seating and a microphone contributes to the sterility and boredom in many progressive synagogues.  We have to move beyond our standards and focus on that which engages and inspires us. (read Empowered Judaism: What Independent Minyanim Can Teach Us about Building Vibrant Jewish Communities by Rabbi Elie Kaunfer for more on this)

As a member of a Conservative Synagogue I worry about Shechter’s  “stagnation and decay” and take solace that Shechter’s movement gave birth to Havurah and Recontructionist Judaism.  At it’s core, the Conservative Movement, which today shows little movement, should be the petri dish for Jews to become more knowledgeable and for knowledgeable Jews to explore and create.  Most of all, the Conservative Movement needs to stop it’s incessant and pointless fixation with defining it’s place in the middle and instead provide an avenue for Jews to experiment and branch out.

American Jewry needs the Conservative Movement to reinvent itself as a broad-spectrum association based on practice, not theology that encourages its members to reach achievable goals. Through these efforts, Conservative Jews will pioneer and illuminate the vastness of terrain between Reform and Orthodoxy.  Conservative Judaism can become the first “post-denominational” movement for Jews who feel disaffected from the way the traditional Movements are structured.  [Getting Our Groove Back: How to Energize American Jewry by Scott A. Shay, 2006 Devora Publishing pp 24 – 25]

The message of the Tabernacle is that our so-called “movements” should actually move! If your temple is not experimenting and taking risks to keep “the intellectual and the spiritual atmosphere in motion” it is failing you and the Jewish endeavor. If your congregation has talked about hosting an independent minyan but has flinched, if it’s only attempt to make the weekly reading of the Torah relevant is to switch to a triennial cycle .. then shame on it and you. If your shul is not moving forward, then it is moving backward and its time to imitate the Divine Glory and move . 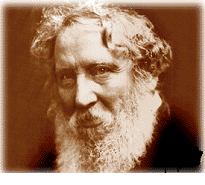 One response to “temples on the move”