wear big tzitzit and follow a rebbe whose not afraid

Earlier this week I was randomly browsing SoundCloud and I came across an audio recording of a young  Shlomo Carlebach.   There are only three audio files posted and one,  from a late 80’s Ruach Retreat in upstate New York was on parshat shalach.  Ok, Ok,.. so when it comes to Reb Shlomo, maybe there’s no such thing as random….

Carlebach, known as “The Singing Rabbi” who wrote melodies that have enhanced every aspect of every denominational liturgy also wrote Am Yisroel Chai;  the anthem of the Soviet Jewry movement.  You may have also heard his stories preserved in a CD set.  But he was much more than a singer or story teller.  Carlebach was an original thinker and charismatic leader who affected thousands of change makers in the Jewish world.

The audio talk that you are about to listen to is brilliant in its audacity and passion and surprisingly timely.  It relates to those living outside of Israel who criticize Israel.  It relates to “small” and fearful rabbinic authority and leadership and, with a little extrapolation, it relates to a modern Israeli trend of secular Jews (hilonim) taking back Judaism on their terms.

I am pleased to share this audio file on Madlik and in the tradition of the Yeshiva, I provide below the imagined sources (mareh mekomot) and context of Rabbi Calrebach’s talk below.

I believe that this SoundCloud recording was posted by the Shlomo Carlebach Foundation which can be supported with a tax free contribution via PEF Israel Endowment Funds here. 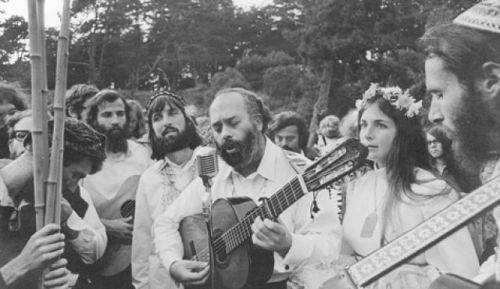