It’s hard to believe, but there was a time when clothing designers wouldn’t dare put a logo, let alone a product endorsement on clothing.  It’s all the fault of a French tennis star named René Lacoste, nicknamed “The Crocodile“ who, in the late 20’s developed a shirt that was more accommodating to movement.  According to the Smithsonian, Lacoste “had a logo of the reptile embroidered onto his blazer. It became his personal brand before there was such a thing.” 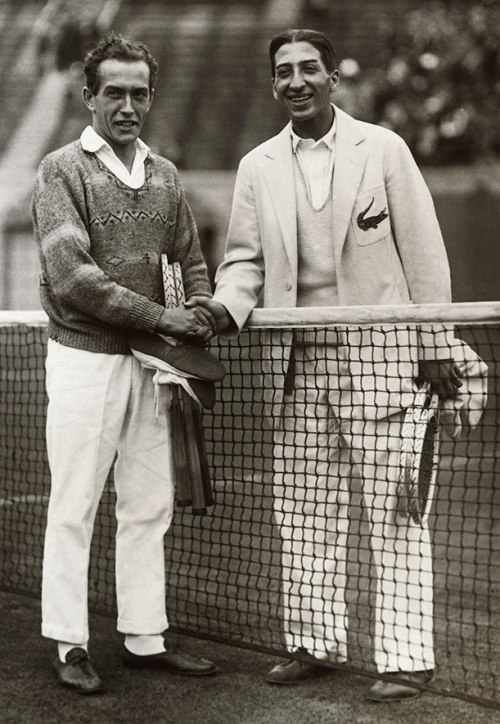 According to Wikopedia “One of the earliest examples of T-shirts with a logo or decoration can be found in the 1939 film “The Wizard of Oz”. Three men attending to the Scarecrow at the Wash & Brushup Company in Emerald City are seen wearing green T-shirts with the word “Oz” printed on the fronts.”

The rest, as they say, is fashion history.  Nowadays, every commercial and celebrity brand, let alone political position, hosts clothing that carry their graphic message.

The Biblical source for clothing with a message lies at the feet of a radical named Korach who made a political argument from an all blue prayer shawl. The impact of his fashion statement was so profound that an expression in Modern Hebrew was coined to describe someone who thinks too much of himself.

In modern Hebrew idiom, the sarcastic expression, “a completely blue tallit” (טלית שכולה תכלת) is widely used to refer to something that is ostensibly, but not really, absolutely pure, immaculate and virtuous. .. The phrase “more kosher than tzitzit” is a Yiddish metaphoric expression (כשר’ער ווי ציצית) with similar connotations but is not necessarily used in a sarcastic sense. It can refer, in the superlative, to something that is really so perfect and flawless as to be beyond all reproach or criticism. (see Wikipedia – Tallit)

Poor Korach.  He made a good argument to democratize religion, but instead of wining the debate he was forever remembered as the guy guilty of the fashion faux pas of wearing the blue tallit and who, in the words of Isaiah 65:5 (following the King James translation) strutted as though he was “holier than Thou”.

Speak unto the children of Israel, and bid them that they make them throughout their generations fringes in the corners of their garments, and that they put with the fringe of each corner a thread of blue. (Numbers 15:38)

Followed immediately with the narrative of the Korach Rebellion.

Now Korah, the son of Izhar, the son of Kohath, the son of Levi, with Dathan and Abiram, the sons of Eliab, and On, the son of Peleth, sons of Reuben, took men; and they rose up in face of Moses, with certain of the children of Israel, two hundred and fifty men; they were princes of the congregation, the elect men of the assembly, men of renown; and they assembled themselves together against Moses and against Aaron, and said unto them: ‘Ye take too much upon you, seeing all the congregation are holy, every one of them, and the LORD is among them; wherefore then lift ye up yourselves above the assembly of the LORD?’ (Numbers 16: 1-3)

What did he do? He went and assembled two hundred and fifty men, heads of Sanhedrin, most of them from the tribe of Reuben, his neighbors. ….. He dressed them with cloaks made entirely of blue wool. They came and stood before Moses and asked him, “Does a cloak made entirely of blue wool require fringes [’tzitzith’], or is it exempt?” He replied, “ It does require [fringes].” They began laughing at him [saying], “Is it possible that a cloak of another [colored] material, one string of blue wool exempts it [from the obligation of techeleth], and this one, which is made entirely of blue wool, should not exempt itself? – [Midrash Tanchuma Korach 2, Num. Rabbah 18:3]

Notice , that Korach didn’t just make a hypothetical argument… he actually hired a tailor and put on a fashion show!

One could argue that the ultimate sin of Korach was that by making his fashion statement, he separated himself from the congregation.

Korah… took: He took himself to one side to dissociate himself from the congregation, to contest the [appointment of Aaron to the] kehunah. This is what Onkelos means when he renders it וְאִתְפְּלֵג,“and he separated himself.” He separated himself from the congregation to persist in a dispute. Similarly, מה יקחך לבך, “Why does your heart take you away?” (Job 15:12) meaning, it removes you, to isolate you from others (Midrash Tanchuma Korach 2).

But it’s also the way he did it.  Talk about wearing our religion on your sleeve, he exploited a ritual mitzvah to make a syncratic point…. Forget about the fact that the blue die techelet was a royal blue which had a price to match… these blue prayer shawls were ostentatious and elitist…  Come to think of it… Korach wasn’t making an argument for every plebian Jew, but rather for his caste…

But I digress… here’s the pet peeve that Korach raises …. The growing trend to imprint one’s eschatological beliefs on your kippah.

It used to be that if you had something to say, you’d get it imprinted on the inside of the kippah…. “Joey’s Bar Mitzvah”, “Harvey and Sheila’s wedding” … no big message here. 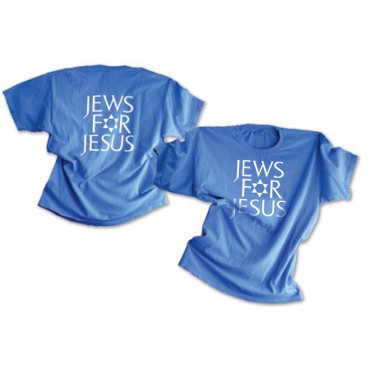 But any observant Jew will admit that eschatology has hit the kippah industry in a big way.

The phrase is a Hebrew language name and song used by a subgroup of Breslover Hasidim colloquially known as the Na Nachs. The complete phrase is Na Nach Nachma Nachman Me’uman. It is a kabbalistic formula based on the four Hebrew letters of the name Nachman, referring to the founder of the Breslov movement, Rebbe Nachman of Breslov.  The words come from an alledged “Letter from Heaven” from the Rebbe which reads:

Most Breslover Hasidim do not use Na Nach Nachma (some groups actually oppose it) and not everyone believes it is an authentic writing from Rebbe Nachman. (see more: Wikipedia)

So while it is escatological, it is also divisive…..

Next came the kippot of those Chabad Hasidim who believe that the recently deceased Rebbe; Rabbi Menachem Mendel Schneerson, is the messiah. The Chabad “Yechi” yarmulkes have the slogan “yechi adonaynu moreynu v’rabbaynu melech hamoshiach l’olam va’ed,” “long live our master our teacher our rabbi king messiah forever and ever” embroidered or printed on them.

According to Wikipedia (I have left the links to the footnotes) “While some believe that he died but will return as the Messiah,[3] others believe that he is merely “hidden”. A very small minority believe that he has God-like powers,[4][5] or is the “creator”[6] while others negate the idea that he is the Messiah entirely. The prevalence of these views within the movement is disputed,[7][8][9][10][11] though very few will openly say that Schneerson cannot be the Messiah.[7]

Once again, this escatological kippah is divisive.

To prove the point, the IDF has recently ruled that it is prohibited for soldiers in uniform to wear a kippa with writing on it.

I believe that our prayer shawls should be nondescript in color and that our kippot should not advertise an end-of-days message.  But…. Following the “If you can’t beat ‘em, join ‘em” philosophy, I am pleased to announce that Madlik has decided to offer it’s own eschatologically correct kippah to be known as the LoBa™ Kippah…. Stay tuned!

3 responses to “the first fashion statement”